In History’s Wake: The Last Trap Fishermen of Rhode Island

For as long as people have lived along Rhode Island’s meandering coast, the ocean at their doorstep has provided them with a ready supply of food. Whether Native American or European transplants, fishermen sought to move beyond capturing individual fish to ensnaring entire schools. Searching for increasingly efficient ways to capture their prey, the trapping technologies they invented evolved over time, and primitive stake traps gave way to fykes and weirs, much as they had along the entire New England coastline. Faced with assaults from the broad Atlantic Ocean, fishermen from the state experimented with new designs, capable of withstanding the punishment delivered by wind and waves, eventually creating the unique floating trap system still in use today. While dozens of companies deploying hundreds of traps once fished the state’s waters, only four continue using this ancient but effective technique. With photographs and interviews, this book documents a tradition now hundreds of years old, capturing the spirit and work ethic that drives Rhode Island’s fishermen to continue providing food for their neighbors. 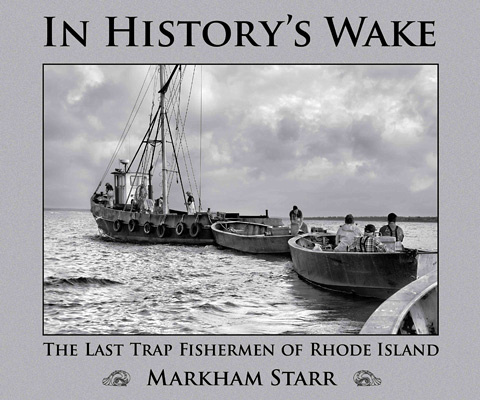