Swab summer is the United States Coast Guard Academy’s version of boot camp for those incoming cadets granted an appointment to one of the most competitive military schools in the country. In the course of a seven-week period, appointees are transformed from civilian teenagers into fourth class cadets, ready to take on the challenges of their first academic year. This book follows new swabs through the highs and lows of their indoctrination into military life along the banks of the Thames River. The author captures the spirit and drive of those who survive this grueling summer with extensive interviews and two hundred black and white photographs, following them on endless runs over hilly terrain, up and over obstacle courses, and into formal lectures on the Coast Guard’s core values of honor, respect, and devotion to duty. Swab summer is just the beginning, however, of each cadet’s personal journey towards the day they graduate as ensigns, ready for their first assignments. Through additional interviews with seasoned officers who train and educate the Academy’s cadets, this book looks beyond swab summer to see what it truly means to become an officer in the United States Coast Guard. 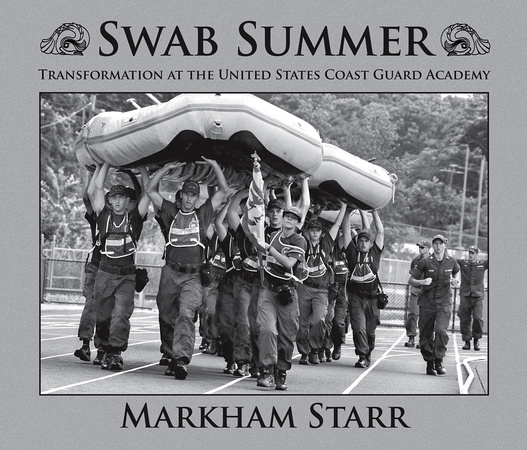 This book is now out of print, but a new revised edition named

is available at Amazon.com